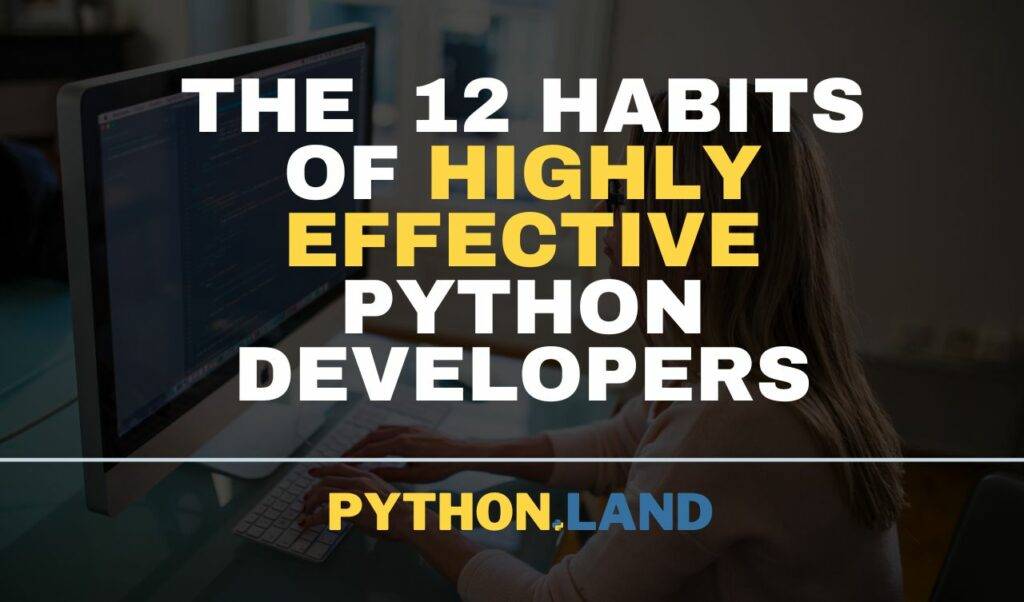 I’ve worked with many software developers, some of them fresh out of college and others seasoned professionals. This article lists some of the traits these people seem to have in common, and I’m confident that there’s something to learn for everyone in here, no matter your track record!

Don’t write code that you don’t need right now. It’s tempting to write some extra code because you think you will need it later on. The problem here is twofold.

Save yourself the time; you aren’t gonna need it!

Just like YAGNI, it is also tempting to optimize your code prematurely. The risks here:

Let’s elaborate on these two points.

First, optimizing your code for speed often makes it more difficult to understand. Instead of taking the obvious, easy route, you’re implementing stuff like caching, loop unrolling, or whatever fancy technique in places where it’s simply not needed.

You are adding complexity, and complexity has many downsides (see also: KISS).

Secondly, you don’t know how your code will perform until you run it and profile it. So, please don’t spend time optimizing it until there’s an actual problem. And if there is, use a profile to find the hotspots in your code so you can focus your optimization efforts on those spots that actually benefit from it the most.

More often than not, you’ll find that it doesn’t matter how fast your code is. CPU cycles are cheap; working hours aren’t. You might just as well add more CPU power or wait a little longer and avoid complexity and potential bugs.

I prefer clarity over cleverness. Some super cool one-liner tricks might be nice for showing off but are a pain for those that read your code in the future. Don’t be that person. Post the cool tricks in your blog instead.

Here’s an example. Can you figure out what it does by yourself? How long did it take you?

This code is more comprehensible if it is split up into multiple lines, with a comment or two to explain the arguments to the max() function.

Van Rossum has said it himself during his time at Dropbox:

Beginners often repeat code, doing the same or almost the same things. Say you want to open a file and read its contents. You can write a few lines and do so easily.

But if you need to read another file and get the contents of that one as well, don’t write the same code to open this different file. Or worse: copy-paste it!

Instead, you should realize that you can create a function instead. Two significant advantages here are:

Pro tip: Some IDEs detect duplicate code and warn you about it, and some even help you extract methods or functions from the duplications.

In the most extreme form, you apply a practice called test-driven development (TDD). With TDD, you first create a unit test and then implement the function. It forces you to test each function you create and think carefully about what that function needs to do and what the expected output will be. A good book covering this topic is Test Driven Development: By Example.

Another advantage of creating unit tests is that you or others can change the code with much more confidence. After the change, you run all the tests. If nothing fails, the chances that you just created a breaking change are slim.

Creating unit tests helps you to:

This powerful mantra is not just used in software development. In essence, it means “don’t overcomplicate things” or “try to think of the simplest solution possible.”

Dijkstra, one of the pioneers of computer science, once said: “Simplicity is a prerequisite for reliability.” The simpler your solution is, the harder it is to introduce bugs. It’s as simple as that.

7. Adhere to a Fixed Code Style

Adhere to a coding style. Especially when working in teams. Perhaps the most famous example lies in the usage of curly braces in programming languages like C and Java. Some people prefer to use curly braces like this:

While others prefer this more compact style:

Both have pros and cons, but by all means, stick to one. If you are in a team, that might mean you’ll need to stick to a coding style that does not have your preference.

Each language has its tools and de facto standards in this regard. You’ll need to Google around for the best practices for the language of your choice. Also, for most languages, there are auto-formatters that you can install in your IDE. It can save you lots of time so make sure to find one that you like. If you’re a Python programmer, you might want to stick with a rigid code formatter like black and leave the formatting to your computer so you can focus on other things.

Here are a few links to get you started:

There are three ways to document code:

To start with comments: use them sparsely. Only use comments where clarification is needed and do not state the obvious.

Writing documentation can be beneficial. Think of all those GitHub repositories. It has become a de facto standard to include a README.md file in the root of your project.

There are three ways to document code:

To start with comments: use them sparsely. Only use comments where clarification is needed and do not state the obvious.

Writing documentation can be beneficial. Think of all those GitHub repositories. It has become a de facto standard to include a README.md file in the root of your project.

I’ve written a more elaborate article on this subject as well if you’re interested:

9. Asking for Help: The Right Way

A professional only asks for help after extensively trying to find an answer in other ways. Before you ask a question:

If that didn’t help, consider where to ask for help first:

Finally, before writing down your question, take these points in mind:

In general, be respectful of other people’s time.

Refactoring is restructuring your code without changing its behavior.

Why on earth would you do that? Well, to improve your code, obviously! There are a few facts of life that make refactoring necessary:

When working on a new project, you initially need to make significant changes, like reordering your initial draft into classes. Once that is done, the refactoring does not stop, though.

You should make a habit of making gradual improvements every time you work on the code. Leave a piece of code better than you found it, every time.

Small improvements you make over time add up to a codebase that is easy to read and maintain.

An important effect of constant refactoring is that your code is less likely to turn into a minefield for others.

Perhaps you’ve seen such code before. The type where, if you change one line, the whole thing breaks incomprehensibly. Constantly refactoring, restructuring, and improving your code prevents it from turning into a minefield.

You’re a professional. We are professionals. We work in a field of expertise that is in high demand. Don’t let anyone, anywhere, shoot you down. There’s still some undeserved stigma around people in IT, so let me state it clearly:

You’ve learned and worked hard to do what you do. You possess the expertise that is required in pretty much every industry. Act like the professional you are. Don’t be afraid to call out those who don’t treat our profession with the respect it deserves.

A professional keeps learning for the duration of their career. There is one constant in the world of IT, and that constant is change.

If you want to learn Python, make sure to give my Python course a try! You won’t regret it. Python is one of the most sought-after programming languages in the world!