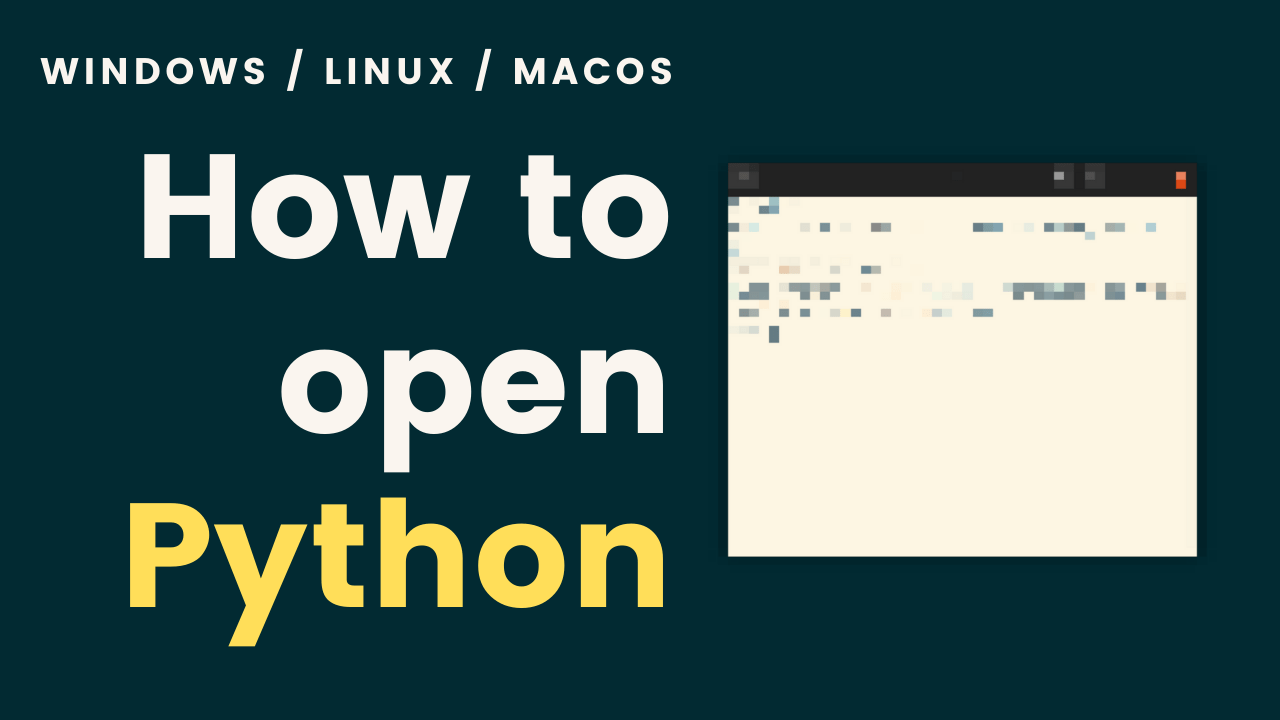 You’ll now learn how to open Python on Linux, Windows, and MacOS. First of all, you should know that there are two ways of using Python:

In this tutorial, we’ll start with the interactive shell because it’s ideal for exploring the language. But at some point, using the REPL won’t cut it anymore and you’ll have to start creating Python files.

If you installed Python on your local machine, you first need to start a terminal or command prompt before you can start the Python interactive shell. On all platforms, you should be able to start Python 3 with the command python3 (or sometimes just python). Just be sure you are running Python 3, not 2, because some systems can have both versions installed.

How to open Python on Linux

On Linux, you first need to start a terminal. This can often be done with the shortcut ctrl + alt + T. Alternatively, you can search for the terminal program in your start menu. The name and where to find it differs from distribution to distribution. Once you have a terminal running, enter python3 to start the Python REPL. If that doesn’t work, try python instead (without the 3).

How to open Python on Windows

On Windows, you can start Python from a terminal as well. E.g., to start PowerShell simply hit the Windows key and start typing “PowerShell”. Start it and then enter python3 or python (whichever works). If you don’t have PowerShell, you can use the ‘Command Prompt’ program instead.

If the python3 command doesn’t work or opens the Windows store, you probably used the installer from python.org. In that case, simply try python instead (without the 3).

How to open Python on Mac

On MacOS, search for a program called terminal. You can do so by pressing the command key (⌘) + space bar. This will open up the Spotlight search bar, in which you start typing the word ‘terminal’.

Once you started the terminal, enter python3 to open the Python REPL. If that doesn’t work, try entering python instead (without the 3).

How to use Python in the cloud (repl.it)

If you decided to use the repl.it cloud-based option, the Python interactive shell is at the right of the screen. You can simply click in the dark shell area and start typing: