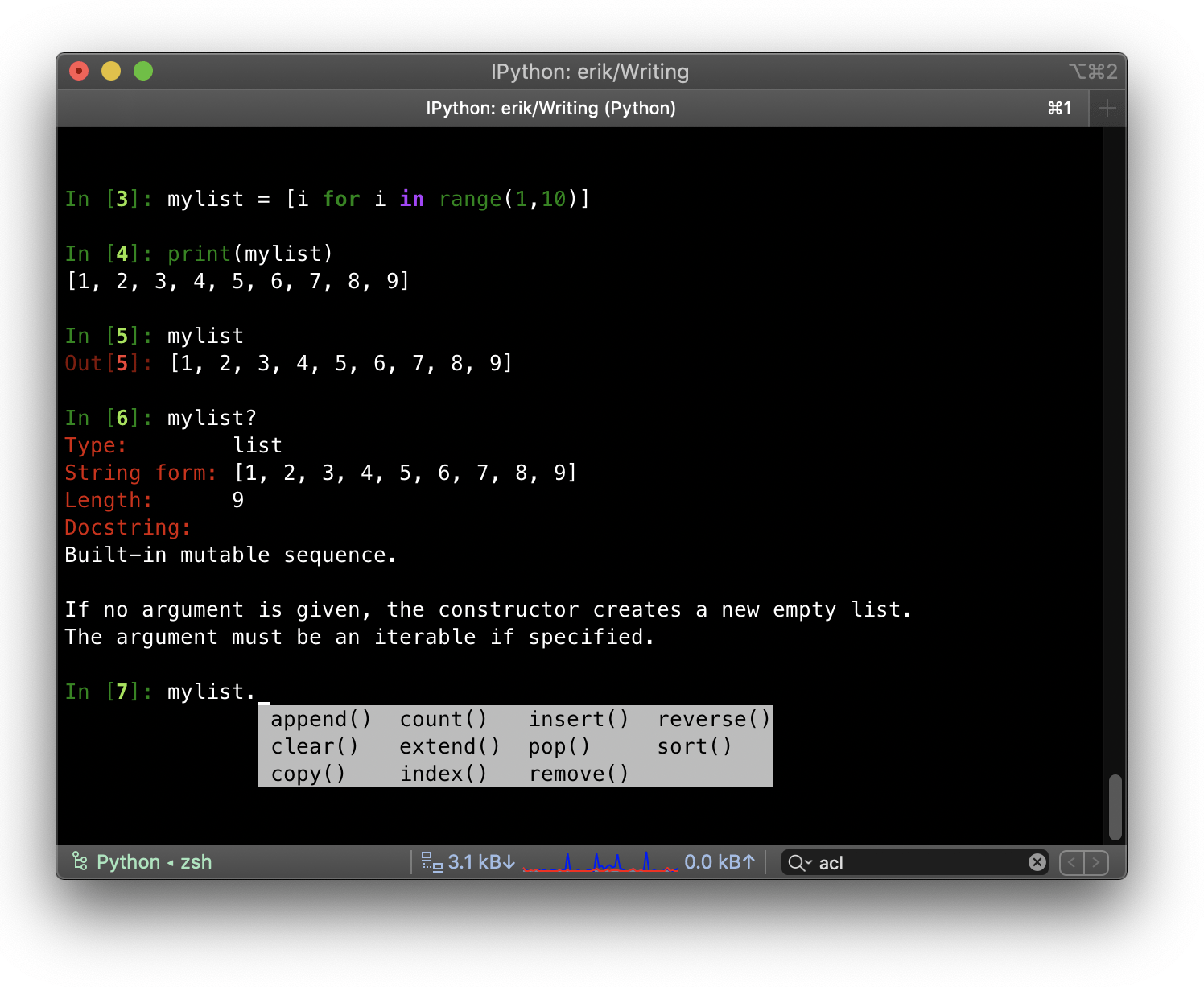 IPython is an enhanced Python REPL, and it’s actually the core for Jupyter notebook. In short, Jupyter is an open-source web application that allows you to create and share documents containing live code, equations, visualizations, and narrative text. If you use the interactive shell a lot and you don’t know IPython, you should really check this one out!

Some of the features the IPython shell offers are:

These are just a selection of the magic commands that are built into IPython that I think you’ll like:

Another useful feature is referencing the input and output of a previous command. In and Out are actual objects. You can use the output of the 3rd command by using Out[3]. You can re-execute the third command with In[3].

You probably know the drill, but just to be complete, here’s how you install IPython with pip install:

Although it’s often better to use a virtual environment, in this case you may want to install it system-wide or for your entire user account with pip install --user.