Skip to content
Python Land > Python Tutorial for Beginners: Introduction > What is Python: the major features and what it’s used for 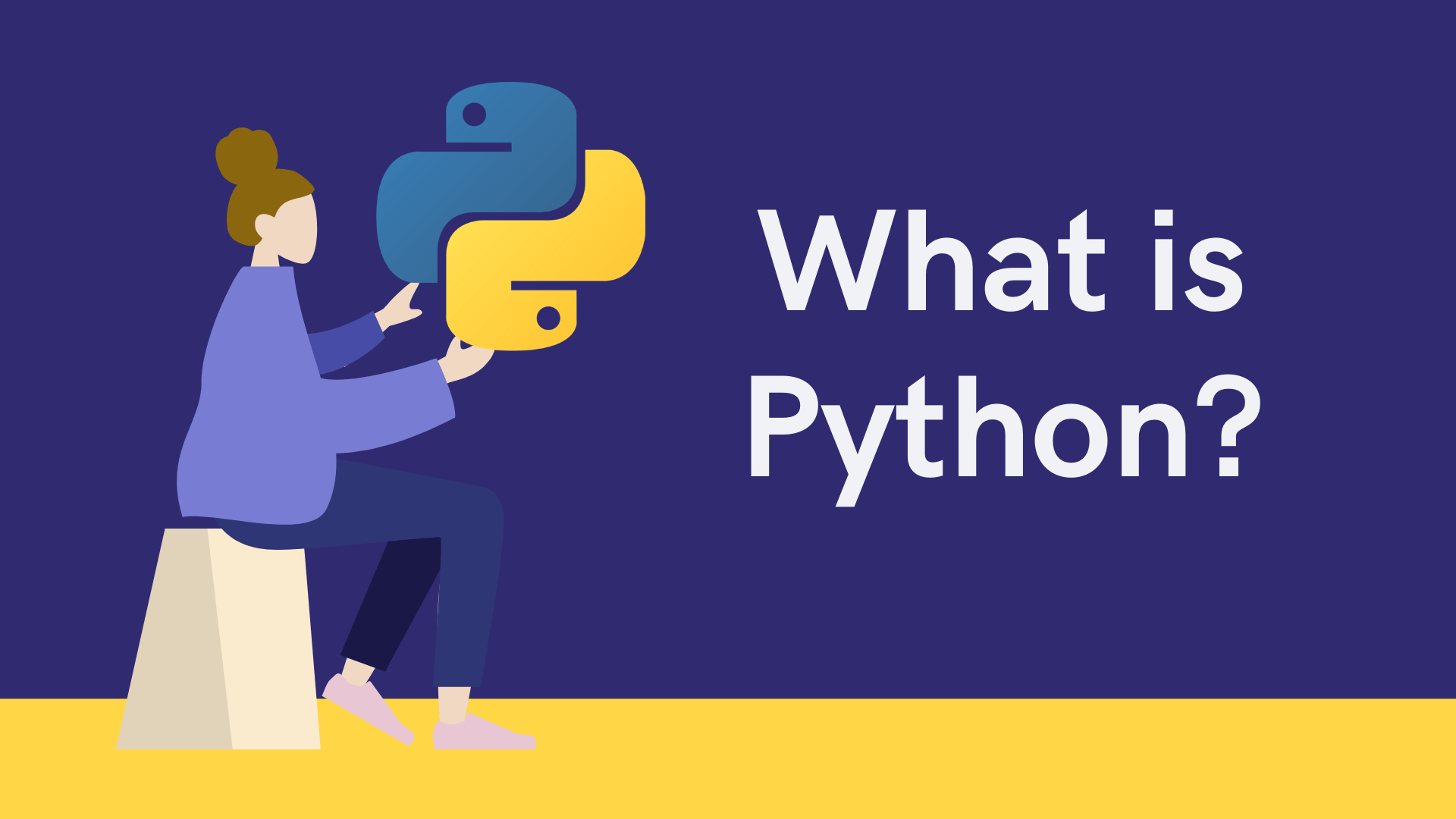 Python is a computer programming language. Or, in other words, a vocabulary and set of grammatical rules for instructing a computer to perform tasks. Guido van Rossum named it after the BBC television show ‘Monty Python’s Flying Circus.’ Hence, you’ll find that Python books, code examples, and documentation sometimes contain references to this television show.

What is Python used for?

People use Python in many places. Its rich base library makes it excellent for all kinds of little helper scripts. But it scales just as well to large systems. To illustrate: the original creators of YouTube used Python for the most part! Dropbox, as far as I know, is primarily written in Python as well.

You can use Python to automate tasks, perform calculations, create user interfaces, create website backends, access databases, download information from the Internet, etc. It’s a versatile language that is easy to learn and write. It’s perfect for beginning programmers but is just as useful and powerful for seasoned professionals.

Another quickly growing field of expertise is called data science. Many data scientists use Python for their day-to-day work. And these are just a few examples. If you start looking closely, Python is very ubiquitous.

Many people say that Python comes with batteries included. It’s a fun way of stating that it includes a comprehensive base library. In addition to this, you can find hundreds of thousands of external packages contributed by the enormous community. You’ll find supporting base libraries and packages for pretty much anything you want to accomplish.

What are Python’s major features?

It’s is easy to read and write

One of Python’s most notable features is the way it enforces the use of indentation for readability. Without proper indentation, your code won’t even run. In Python, we need to indent all code blocks to the same level. Here’s an example of this at work. If you don’t understand the code yet, don’t worry:

Because indentation is required, the Python language does not need curly braces to group code blocks like Java, C, and C#. Although it’s a subjective matter, people generally agree that it makes Python easier on the eyes.

Interpretation is a totally different approach than compiled languages like C, in which code compiles into low-level machine code that can be run directly by the computer’s processor. Compiling code like this is also called ahead-of-time compilation (AOT).

Because no interpreter is acting as an intermediary, there’s no overhead. So, in theory, compiled code is much faster. In practice, however, using the right algorithms and writing efficient code can make a lot of difference. In addition, many popular Python libraries like Numpy contain C-based code at their core, making them extremely fast while you still profit from all the good things Python has to offer.

An interpreted language has several advantages compared to ahead-of-time compilation:

Some of these advantages can also be a disadvantage. As already mentioned, interpreted languages are not high-performance languages. Also, the fact that the source code is easy to read and modify is not an advantage to vendors that want to protect their copyright.

Between interpreted and compiled

An in-between option is a just-in-time compiler (JIT). With JIT, you compile your code while running the program. JIT tries to combine the speed advantage of ahead-of-time compilation with the flexibility of interpretation. A big advantage of JIT is that the JIT compiler keeps optimizing your code, even while it is running. The longer your code runs, the more optimized it will become.

Java and the .NET framework are notable examples of JIT compilation, but a JIT-based Python implementation also exists, called PyPy. This project has come a long way and is usable as a drop-in replacement in many cases. See the chapter on Python concurrency for more information on PyPy.

Another advantage of interpreted languages is that it opens the door to dynamic typing. What does that mean? I’ll demonstrate it with some simple code.

Here are a few variable declarations in Java:

In a strongly typed language, you need to specify the exact type of each variable, like String, int, and float. It gets even uglier when objects are involved.

Now let’s look at Python variables. In Python, we can do exactly the same without types:

As you can see, the Python variant is a lot cleaner and easier on the eyes!

When running this code, Python dynamically finds out the type of our variables. Say, for example, I’d like to know my yearly income by multiplying my salary by 12. I’d need to do the following:

Python will look at my_salary, see that it is a floating-point value, and perform the math. If my_salary would have been a string, Python wouldn’t complain though. It would detect it’s a string and just create a new one, consisting of 12 repetitions of that string! Java, however, would fail with an error in such cases.

Dynamic typing has many advantages. In general, it makes it easier to get started quickly. Some will tell you that it’s more error-prone. A strongly typed language like Java won’t compile when there’s a type error. Python will probably continue running, but the output will be unexpected. It is my experience that it doesn’t happen that often. In addition, you’ll find out soon enough during testing and fix the error before the software ever goes to production.

Since Python version 3.5, Python also supports type hints. It’s an optional feature, but many programmers embrace it since it has quite a few advantages, like better auto-completion in your Python IDE.

Python has the concept of variables. A variable allows you to store any value like a number, a string of text, or even bigger objects.

Each variable you declare takes up space in your computer’s memory. This can add up quickly, especially when you create programs that run for a long time. So you need a way to clean up variables that you don’t use anymore.

In some languages, you need to perform this cleanup explicitly. This is prone to a type of error called a memory leak. If you make a little mistake and forget to clean up, your software will slowly eat up available memory. Lucky for us, Python’s garbage collector takes care of cleaning up unused variables automatically!

I’m not going into the nitty-gritty details here, but you can rest assured Python will do a perfect job, and it will never accidentally clean up a variable that you still need.

What is Python’s popularity?

Python comes in second place on a well-known list of popular programming languages since January 2021. Javascript, due to its stronghold as a web development language, is still number one, though. This popularity is a great advantage. There are vast amounts of resources, sample code, and help available. Python is here to stay; learning it is a safe bet!

4 thoughts on “What is Python: the major features and what it’s used for”