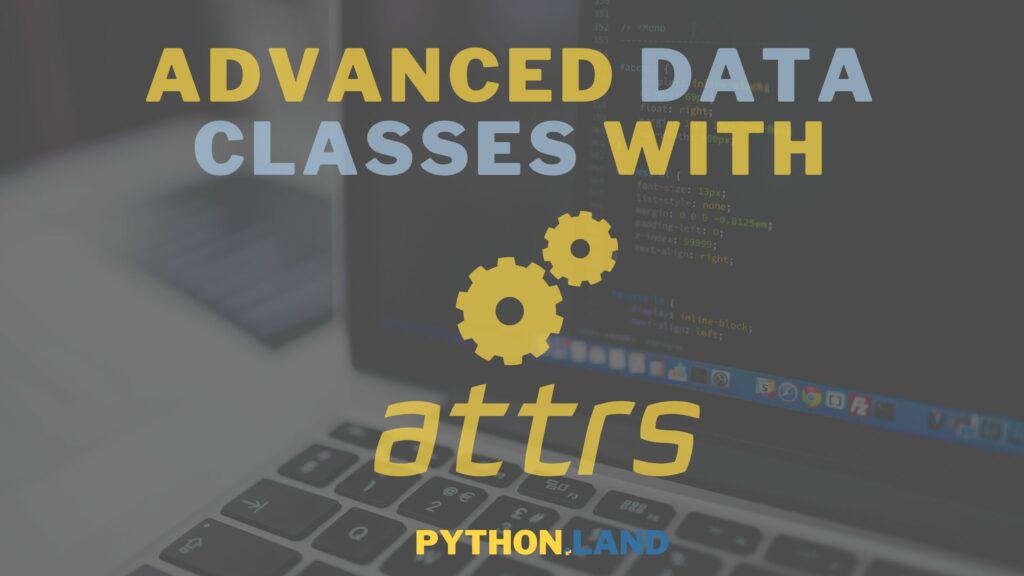 The package Python Attrs allows you to create advanced data classes using simple annotations. Of course, python has its own native data class module as well, but the Python attrs package offers a couple of extra features you might like!

The attrs package is not part of the base library, so you will need to install it with the pip install command or something similar, like Pipenv. You probably also want to create a virtual environment, so it won’t interfere with other projects you have. The package is called attrs, so installing it will look like this:

The authors of attrs have, in fact, worked on the PEP that introduced data classes into Python. Python’s native data classes are intentionally kept simpler and easier to understand while attrs offering the full range of features you might want!

Some of the reasons to choose Python attrs over the built-in data classes are:

A couple of observations:

Next let’s look at the most important features this package offers over regular data classes: validators and converters.

You can add validators to your attrs data class in two ways:

I’ll demonstrate the callable function method here first. Attrs offers several validators out of the box, of which we’ll use the instance_of validator in the following example:

Since we tried to create an object C with a string value for x, the instance_of validator throws an error because it requires an int type instead of a string.

Let’s now define our own validator:

A converter takes the value that is set and converts it automatically. You can use this for all kinds of purposes. One example is to automatically convert a value to an int. Again, let’s start with using a callable function, in this case, we simply use Python’s int() function:

Our input (the string “1”) was converted to an integer automatically. Because converters are run before validators, you can validate the final value after conversion. E.g., you could combine the above two examples to first convert any input to int, and then check if the value is dividable by two.

Finally, you can tell attrs to use slotted classes. Slotted classes have some advantages over regular classes:

In short, with a slotted class you explicitly state which instance attributes you expect your object instances to have. This way, Python can leave out some checks and such, resulting in less memory usage and slight speed increases. You can find more details in the attrs documentation here.

However, slotted classes come with caveats too, especially when you manually create them. Luckily, attrs offers us a simple way to enable the feature: